On Saturday the 1st XI welcomed Old Glossop to Speedwell on a glorious day. Our friends from across the hill won the toss and asked Tintwistle to bat first.

Kez Davies and Tom Pugh opened and Pugh quickly found the knack of hitting some excellent cricket shots but regularly finding a fielder. Davies was the first to fall, lbw off the bowling of Adderley for 8. Skipper Karl Handforth was in at 3 and struggled on a deck that was showing signs of balls keeping low. Pugh (8) was run out by Whitehouse from a single on the square that despite some hesitation always looked like a tight run. In came Nathan Mckeown at fulcrum 4 and the pressure was on. Handforth (1) soon followed and at 22-3 the home side were on thin ice.

Damian Weatherhead was next in and hung around for a while but found the going difficult. Weatherhead (11) become Walsh's second casualty before he captured another Tintwistle scalp in the shape of Gavin Cole (0) who ended up dead in line from a ball that momentarily tickled his shoelaces.

Harvey Pearson was in next and showed promise with some technically sound batting. A looping shot later, and he was caught by Allen off the bowling of Littlewood for 3 runs. Tom Robbins (1) was on the end of controversial one caught from the bowling of Littlewood. Matt Robinson (0) and Alex Brown (0) came and went and Tintwistle were on the brink of disaster at 62-9.

Mckeown was in desperate need of some help at the other end and in strode Stuart Rose. Rose looked in the mood to defend the Tintwistle castle at all costs. Rose supported Mckeown in excellent fashion allowing the new signing to move the scoreboard on in a distinctly positive fashion. Rose nudged and nurdled whilst Mckeown scored valuable runs. Mckeown was eventually dismissed for a superb 51 and Rose finished on 7 having held up the other end magnificently.

Tintwistle finished on 111 and whilst low on paper looked like something they could defend.

Old Glossop would have started their innings in positive mood chasing down what they thought would be a more than modest total. However, Tintwistle's Alex Brown had other ideas. He dismissed Demidh lbw first ball of the innings and during the celebration appeared to be possessed by a Witch and dislocated his shoulder. Brown left the field in obvious distress but after a couple of Frank Warren like shoulder rolls reseated the errant shoulder and rejoined the arena.

As positive as Browns start was, Tintwistle knew that they needed to hunt in pairs and required a hero at the other end. In stepped Matt Robinson who delivered on all counts. Robinson dealt with Acomb (0) and Sagar (6) and Old Glossop were 15-3. 111, not so straightforward after all…

Kez Davies caught Adderley (2) off the bowling of Brown and Robinson had Allen lbw for 12. Whitehouse was the obvious thorn in Tintwistle's side but Pugh trapped him lbw for 24. Mckeown then joined in the fun and the keeper showed liquid glovework behind the poles stumping King for 7 off the bowling of Robins.

Worthy of note is Skipper Handforth's talk at the drinks break. He showed excellent leadership skills and impressed on his troops that the visitors were there for the taking but composure would be needed to get over the line. Great to view from the sidelines.

Pugh snared Wild lbw for 4 and Tintwistle needed to finish the job. The home side turned to the "Sicario" Rose who bowls so well under pressure. Donnelly (5) and Walsh (1) were both dispatched by Rose and Tintwistle ran out worth winners and collected 16 match winning points.

Robins finished with figures of 1-10 and Pugh, Rose and Brown bagged a brace apiece. The standout was Robinson who finished with a superb 3-30.

Tintwistle had leadership in the shape of Skipper Handforth and the team showed real backbone and skill to get the job done.

In other news, the club is on the lookout for a Mayonnaise sponsor to deal with the affliction of one 1st XI player. Apparently, some people just can't get enough!

Meanwhile the second XI travelled to Dinting in what was an early season top of table clash. Dinting won the toss and elected to bat first on their home patch.

Coleman succumbed to Dan Robinson bowled for none. Harwick (3) was run out by Tomlinson. A solid start for Tintwistle with the home side on 11-2. Townsend and Lawton put on a great partnership moving the scoreboard along to 60-3 before Andrew Tomlinson stumped Lawton off the bowling of Jack Morris. Keeper to Keeper, nothing better for Tommo!

Townsend (18) was bowled by Matthew Woodward who opened his account for the day. Draper added 13 before being bowled by Woodward. At 81-5 this could go one of two ways for the home side.

From here on out, Dinting lost regular wickets and closed the innings on 96 all out. Stuart "El Crafty" Dodd collected a couple of wickets but the absolute hero was Woodward who bagged 5 wickets. Apparently, Fez doesn't require fielders with 4 wickets being clean bowled and 1 lbw. Fez finished with Harry Potter style figures of 5-14 from 9 overs.

In response Tintwistle got off to a very shaky start. 0-1 with Steve Morris bowled by Ware. 8-2 with Charlie Morris bowled by Stowell. Jack Morris came in at 4 and worked hard with Mark Lilley at the other end. Morris fell to Harwick with the scoreboard reading 49-3. Lawton got his own back catching Tomlinson (8) off the bowling of Matthews. Robinson (7) with Matthews collecting another wicket.

Disaster struck when opener Lilley was caught by Stowell again from the bowling of Matthews. Lilley (21) faced 71 balls and did exactly what was needed holding an end up admirably. With the scoreboard displaying 71-6. Tom Chambers (3) was caught and bowled by Harwick and in stepped William Moss. Moss (10) and Woodward (10) pushed on scoring vital runs to move Tintwistle to 91-8 and within touching distance of the target.

At 93-9 nerves were shredded and Tintwistle needed some composure. Dodd was in with Jayant Patel with the home side smelling blood. Patel wondered what all the fuss was about, 4 balls faced, 4 runs scored, 1 boundary. Victory for Tintwistle on the road and 15 match winning points.

Tintwistle are 3 from 3 and sit top of the table 11 points clear from their nearest rival.

Today the 3rd XI is in action against Stalybridge CC. The fixture starts at 1pm at Gorse Hall Road. 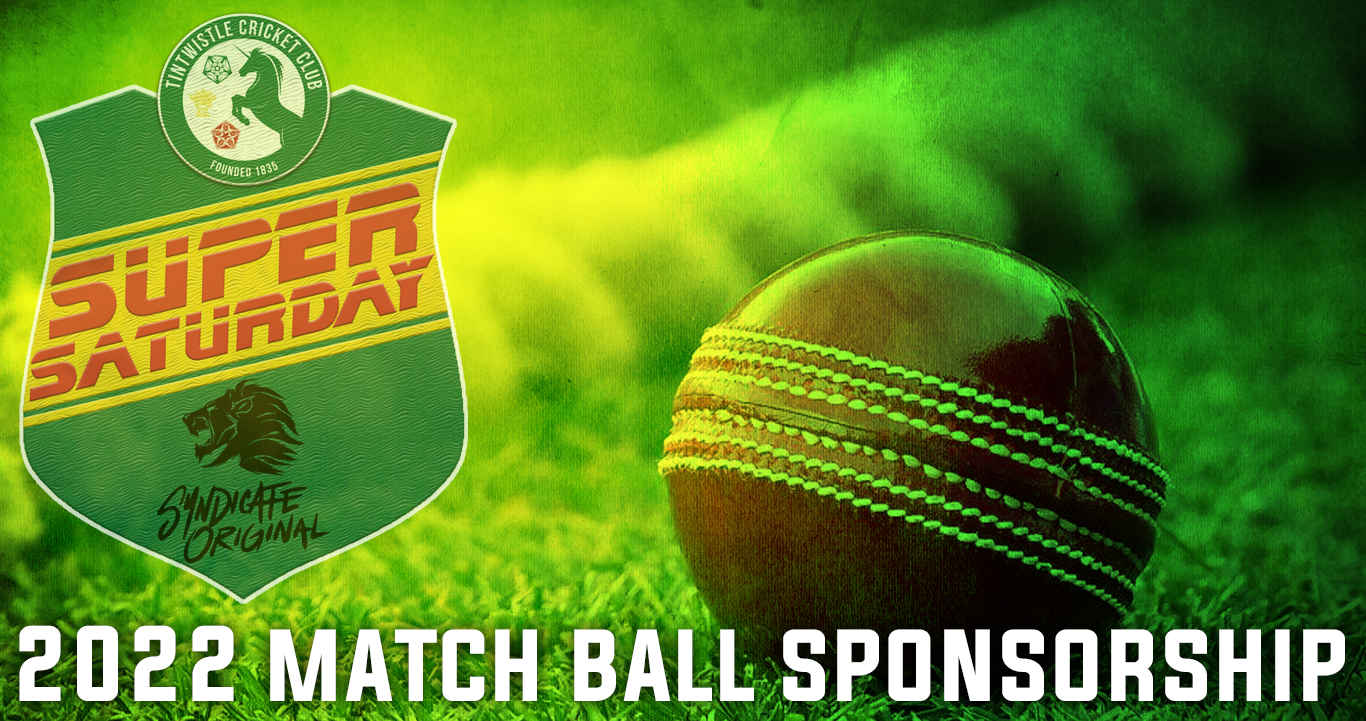